It’s been a long time coming and it’s action that I’ve been hoping for some time – Twitter is introducing two-step authentication which will reduce the chances of accounts being hacked. With the recent hacking of the @AP account which falsely reported explosions in The White House causing injuries to Barack Obama and the ever increasing amount of Twitter SPAM the improvement in security is very much needed. 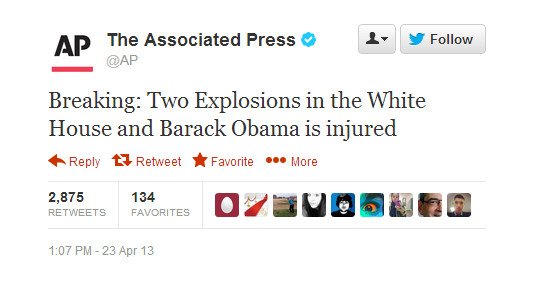 Two-step security should can prevent a hacker from accessing an account and it’s a system already in use by Google – find out more – and Facebook where the system is named login approvals – more on this.

When logging in from a new device, the system requires two steps. Users have to enter a password as the first step and a randomly generated code then has to be entered on the new device, typically via a text message or smartphone application, as a second step. It’s likely that the new system will be rolled out in the next few weeks.

Given that Twitter user names are public, a hacker only needs to obtain the password to gain access to an account so this extra level of security is much needed. The lack of an administrator feature for corporate Twitter accounts further increases the risk of hacking, as often the same password is held by many employees. Let’s hope that Twitter develops the ability to have multiple admins on an account in the not too distant future too.

Will you opt-in to two factor authentication once it’s launched? Let me know in the comments below.