A great idea for a social media competition was thought up by Betfred, sponsors of the last Friday’s Cheltenham Gold Cup, but it didn’t quite generate the response that was probably anticipated. The idea was for racegoers to tweet the name of the horse they thought was the ‘best turned out’ before the big race on Friday for a chance to win a £100 free bet. However, using TweetReach it appears that less than 17 people entered as instructed – by  tweeting @BetfredRacing using #BTO.

So perhaps the implementation could have been improved in a number of ways:

1) More publicity – other than the inside of the back page of the race card I didn’t spot any other references to the competition. Promoting on the TV screens around the course would have helped raise awareness.

2) More meaningful hashtag – #BTO isn’t a known expression for ‘best turned out’ so why not #BestTurnedOut?

4) Omit reference to Facebook – Given that the competition was a Twitter only competition and there is no mention of it on the Betfred Facebook Page, making a reference to it (see below) doesn’t add anything and perhaps confuses.

5) Use correct Twitter logos – Both the logos used in the advert aren’t permitted under Twitter’s Trademark and Content Display Policy plus the instruction in the policy not to ‘display the Twitter brand or trademarks larger than your own marks’ is also ignored. 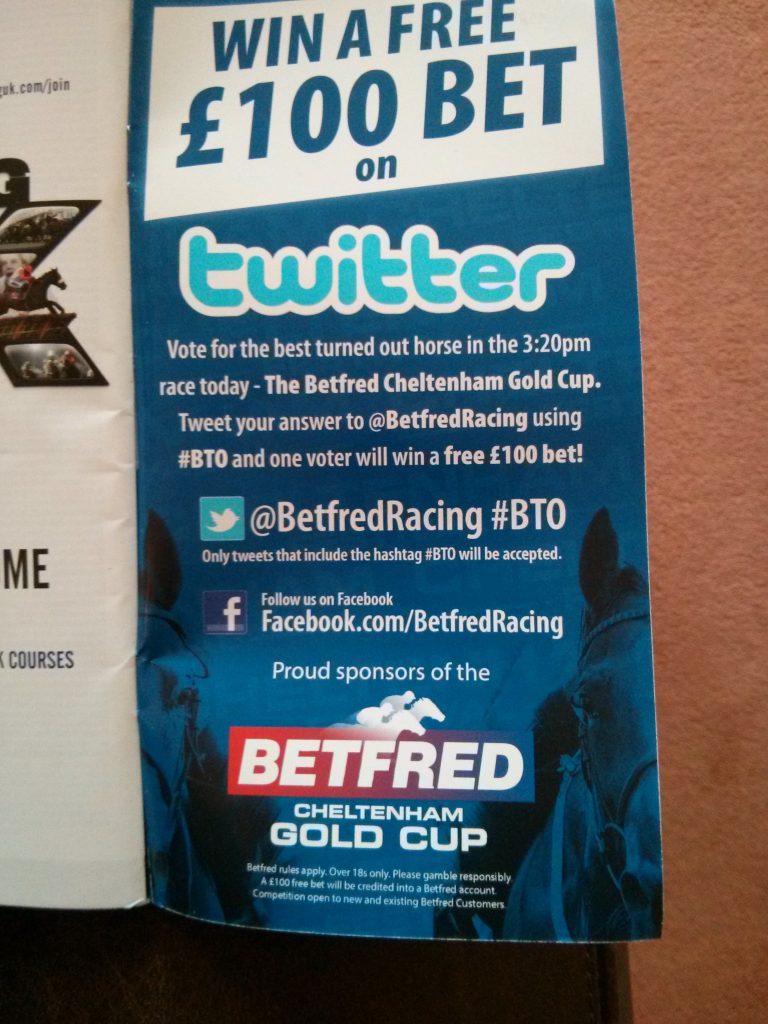 What do you think of this competition? Please post your thoughts in the Comments below.