It’s the final day of 2015 so I guess it’s my last chance to get out my crystal ball and give you my social media predictions for 2016. So read on to see what can we look forward to in the world of social media in the coming year. What’s certain is that social media will continue to have a massive impact on the way we communicate and do business. 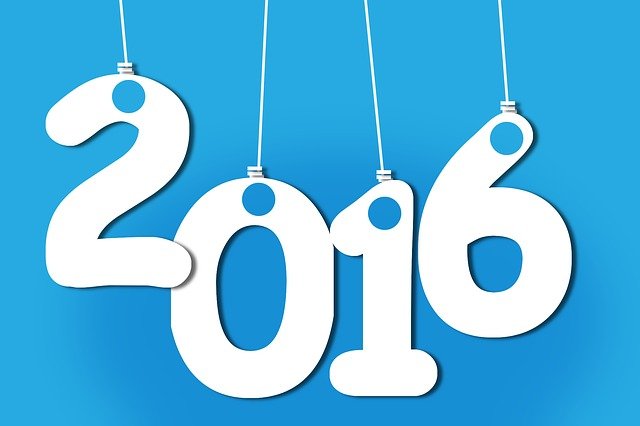 Facebook – Facebook will continue to innovate and remain the top dog. Barely a day goes by without Facebook releasing some new functionality or trialling a new product and 2016 will be no different. In a ‘back to the future’ move, Facebook will become more like a traditional newspaper website BUT personalised and with lots more video. Perhaps, we’ll see sections or channels just like the bbc.co.uk with UK, News, Sport and Movies. There are plenty of pundits predicting live streaming video will boom on Facebook but I think Periscope as a separate app will maintain its first mover advantage.  Shopping on Facebook will take off (see below) and perhaps 2016 will finally be the year that social media in the workplace – something I was championing back in 2004 – will finally take off via Facebook at Work.

LinkedIn – LinkedIn is dominant as a business network and can only get stronger. Whether you call it a social network or not, the focus on LinkedIn has always been people and fundamentally it’s people who do business, so a site focussed on people doing business is unlikely to fail. That said, it’s not the always been an easy to use service but the recent launch of new mobile apps has helped. To streamline, the management team have a habit of removing features, sometimes really useful ones! eg hashtags, and we can expect this to continue. LinkedIn have been very slow to embrace video so expect a new video channel, perhaps via an acquisition, in 2016.

Instagram – Instagram will continue to attract new users with its visual approach. You’ll notice more videos and ads in your feed. The ability to add a button with a link to a website is a huge plus for businesses on Instagram and it’s not intrusive for users. In fact, many will enjoy viewing an item and then buying it.

Twitter – Twitter is often considered ‘number 2’ social network and the expression ‘Facebook and Twitter’ is regularly heard and read. However, in terms of worldwide user numbers, at 304 million it’s behind both LinkedIn and Instagram who now boast over 400 million users. I fear that whilst it will still grow, the rate of growth will continue to slow in 2016. Expect design changes to make it more user friendly plus more ‘facebookification’ – it would be no surprise for ‘retweets’ to be renamed ‘shares’. HT to Louise Jenner, The Dream Job Coach for this new verb! Twitter has not improved its Search for as along as I can remember, so expect a big revamp with geographically relevant tweets being displayed on mobile devices. For example, if you’re near a rock concert, tweets from the venue and the band will be displayed in your feed.

Google+ – Like other social networks from Google that have come before it, Google+ looks set to fail – remember Google Buzz? (probably not). Users are leaving, functions are being split off eg Hangouts and Photos, and the network doesn’t have a distinct purpose that sets it apart from its competitors. It’s focus on content is a good move but too late to save it from fading away in 2016.

Search – Facebook, LinkedIn and Pinterest all improved their search capability in 2015. New types of search will emerge in 2016 based around the visual, personalisation and context. We’ll start to see content find us rather than the other way around. Pinterest was the first social network to introduce visual search and others will follow next year. Using GPS, geographical content will start to find us on Facebook and perhaps Twitter.

There’ll be further changes in Messaging on Facebook, Twitter and LinkedIn which have all seen improvements in 2015. Templates, automation and more flexible messaging will give consumers more opportunities to ask queries and complain.

Already available to some extent in the US, 2016 will be the year of social shopping in the UK with consumers being able to buy from within social networks without the need to visit an ecommerce website. All transactions will be made very easy. For example, in a tie up with payment processor Stripe, a Twitter user’s card details will be remembered for subsequent purchases. Social shopping will prove to be hugely popular with consumers for small value items and services and could well be the stand out trend in 2016. It will also be loved by the social networks as they will benefit from keeping users within their networks. Agencies, social media consultants and businesses will also be delighted as for the first time, a true social media ROI will also be able to be measured.

What do you foresee in 2016? Let me know in the Comments below.