Here’s a summary of my social media news roundup on yesterday’s #SocialToday show (view below) on Periscope plus some extra news.

You can watch my show at 8.45am every day during the week for more social media news, tips, comments and examples.

Facebook Messenger on Pages response time – you can now manually set your ‘average response time’ for replying to messages received via your Page. For example, if you’re average response rate is ‘wthing an hour’ you could set your displayed time to ‘Typically replies in a few hours’ in order to set expectations. Go to Messaging under Settings to do this.

Facebook Messenger on Pages auto-message – for first time visitors you can now add a message that is sent to them automatically when they message your Page. Go to Messaging under Settings to do this.

Use Facebook offline – following on from offline Sharing and Liking, Facebook have now enabled offline Comments. So if you have no internet service and Comment on a Post, your Comment will be posted as soon as internet access is available. This feature is available on iOS and Android apps. Facebook are also testing the display of News Feed items when you’re offline that you haven’t yet seen.

Facebook for Work – Facebook’s enterprise product has now finished its trial period and being rolled out to a number of companies including Royal Bank Of Scotland and its 100,000 employees. Facebook for Work takes all the good Facebook functionality – News Feed, Messenger and Groups and packages it up for use in the office.

Twitter Ads to be displayed to non-logged in users – Twitter are experimenting with showing Ads to users who aren’t logged in. This would give more opportunities to businesses and provide an extra revenue stream for Twitter.

Twitter launch Moments in UK – Twitter have launched what they describe as their ‘most important feature ever’ in the UK. Moments are stories (with plenty of photos and videos) curated by editors based in the UK in partnership with media partners such as Sky News and Buzzfeed. It should prove popular for those wishing to keep up to speed with live sporting events and breaking news. Twitter will generate revenue by allowing commercial partners to produce Promoted Moments. 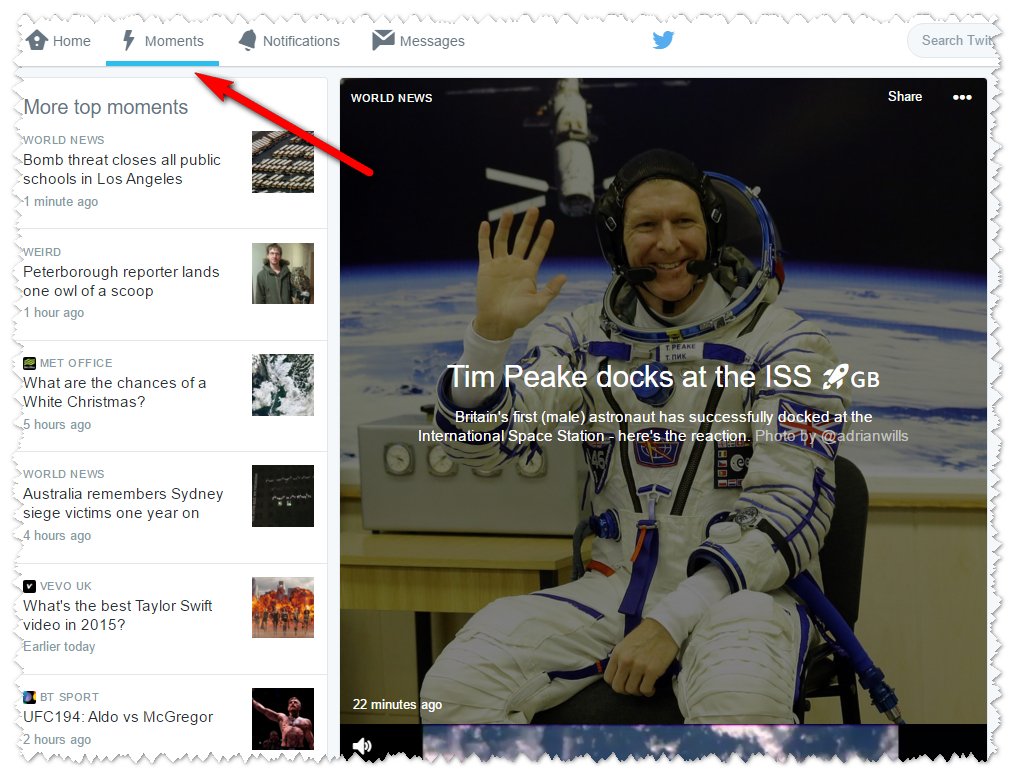 Trending on YouTube – There is a new tab sitting the middle of Home and Subscriptions which displays popular videos.

If you have any thoughts on any of these news items, please post in the Comments below.