In all aspects of life there are codes that set the ground rules for how people should behave. Twitter is no exception; it has its own etiquette that users are expected to follow.

Part of Twitter etiquette is Follow Friday aka #ff for #FollowFriday where every Friday users recommend other people to follow. It started on the 16 January 2008 at a time when there were no ‘Who to follow’ recommendations and Twitter users were finding their feet. 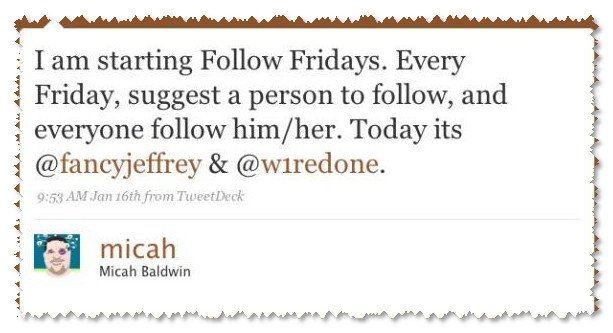 Another part of Twitter etiquette is not to spam. Whatever the communication platform it’s bad practice to bombard numerous people with a message that they haven’t requested and aren’t expecting. Twitter is very clear on this and over 50% of The Twitter Rules concern Spam and Abuse.

So it’s not good practice to misuse Follow Friday by recommending yourself. One tweet would be inappropriate but to spam multiple Twitter users with a recommendation to follow yourself is a particularly bad idea. Yet, this is an approach taken by US Project @TruckinActivism who have a very worth cause of ‘Using Social Media to Connect Truckers & the General Public to Info about Missing Children.’ On Thursday 9 May they sent over 130 (I lost count at that point) consecutive tweets using #ff to recommend themselves. 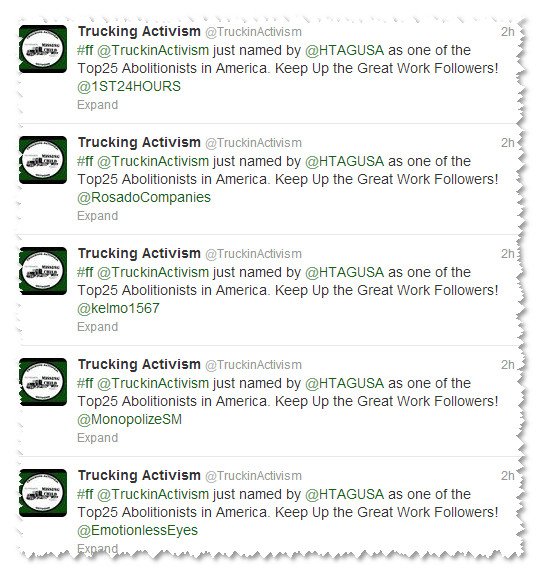 Such a shame that an well respected organisation with such a noble aim is potentially alienating users and running the risk of having its account suspended by Twitter due to possible infringement of its rules.

What do you think of this approach? Please let me know in the Comments below.