Twitter have been busy in the past couple of weeks with a design makeover and some new features. The most significant is the ability to send and view images in Direct Messages; Twitter’s private messaging mechanism. 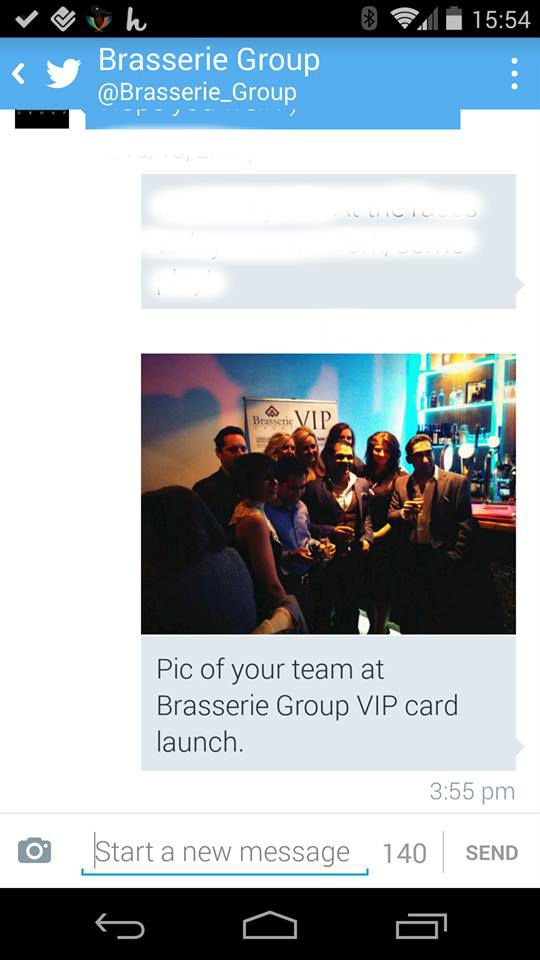 The use of visuals is becoming increasingly prevalent on social networks and this additional feature is in line with that. It also mirrors Instagram’s recent introduction of direct messages (read how to use them) and the ever increasing popularity of Snapchat. It’s the first time I can recall Twitter making a change to their Direct Messaging feature.

The add image icon that appears in on the bottom left of the ‘send tweet’ box is now displayed on twitter.com and on Twitter’s mobile apps. There’s also a new Messages tab on the bottom navigation bar, making it quicker and easier to access Direct Messages. Just click to add your image and then send as normal. Note that unlike Instagram, you can only send a direct message to one person at a time.

The introduction of sending images by Direct Message isn’t the only recent new feature. On mobile, users can now swipe between the different tabs as well as clicking the tab links. For example, swipe your screen to move between Home and Discover. In addition, Android users can now receive notifications on activity by a particular person by favouriting them; a feature that’s been available on Tweet Deck for a while.

If you want to learn more about newly introduced features of social networks and how you can take advantage, check out my quarterly Social Media Forums in Cheltenham – view information and book Intranet Future events.