As part of Spring clean up the City over the week beginning 13 May, Gloucester City Council @GloucesterCity encouraged Twitter followers to take photos of themselves picking up litter as well as post photos of the litter they collected.

Anyone in the City was welcome to get involved in the Twitpick campaign – perhaps ‘Litter Twitter’ would have been better? – to help clean up. A great idea for a engaging campaign but a pity that the Campaign name didn’t match the hashtag – #glostwitpick. Councillor Kathy Williams, cabinet member for the environment, said before the campaign: “I hope this campaign will be a huge success and empower our followers to do something about litter and make them think about disposing of any items.” 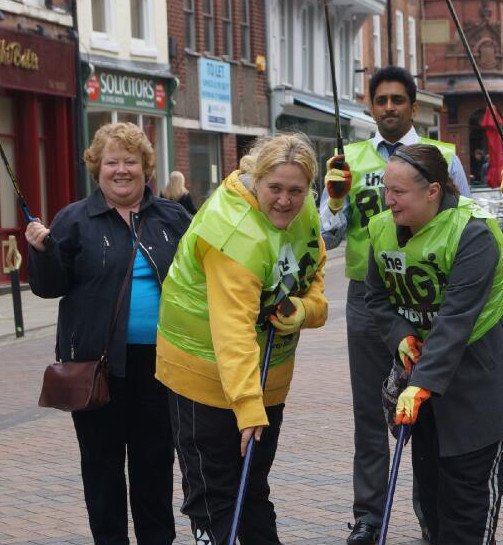 As part of the wider BIG City Spring Clean campaign, extra recycling bins were made available in the City Centre and council officers were stationed in Gloucester bus station reminding people of the fines for dropping litter.