Facebook held a special media event last week to make what could prove to be a significant announcement – the launch of video on Instagram. Previously a social network/online library based around sharing of photos, members will now be able to record and share videos from 3 to 15 seconds in length. In the same way that distinctive filters are applied to photos, 13 video filters such as Vespa and Dogpatch can now be applied to videos. 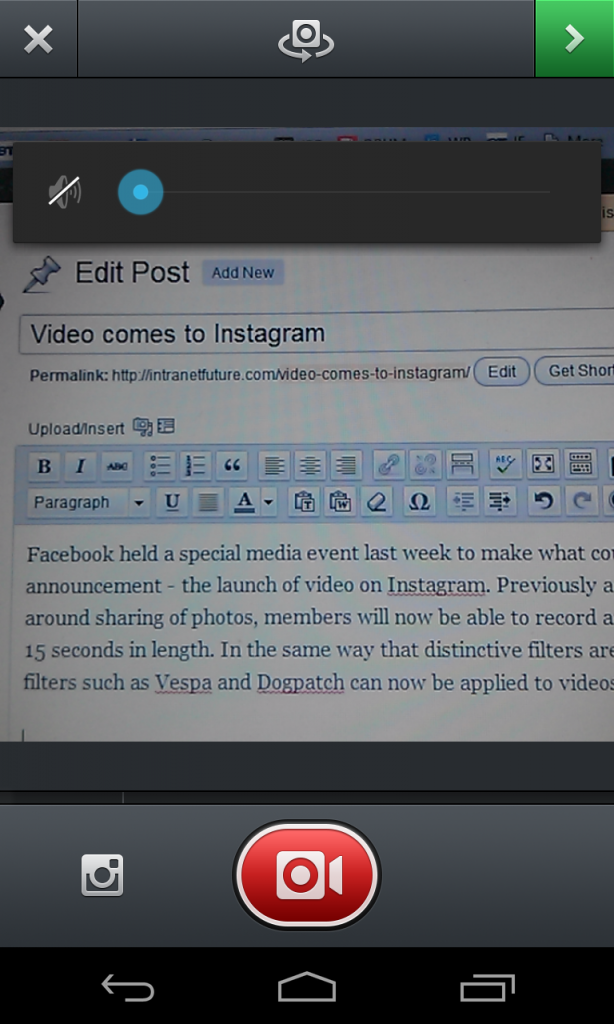 Two unique features – at least for the moment – are ‘Cinema’ and the ability to delete the more recent clip. The former brings automatic video stabilisation which helps remove the shakiness often present in video shot on a smartphone. The new service has got off to a flying start with over 5 million videos uploaded in the first 24 hours following launch on Thursday.

There are 130 million Instagram users and the introductions of video presents an exciting opportunity for businesses and brands to market their products and services and visually demonstrate their culture. Instagram is often used by businesses to show behind the scenes photos. Burberry has moved fast and is using the new video feature to show behind the scenes footage of the Burberry Prorsum Menswear Spring/Summer 2014 show.

In the space of a couple of weeks Facebook have ‘borrowed’ two major features from Twitter; hashtags and now short video capture and sharing, following Twitter’s launch of Vine in January. Competition amongst the big two social networks is healthy for businesses and users with each spurring the other one on to include new and improved features.

The introduction of video on Instagram is no-doubt a pre-cursor to Facebook Video Ads which are likely to be launched this year. For more on this read last month’s blog post – Facebook to launch video ads?

The Android and iPhone Instagram apps has the new video functionality so you can download the updated app and give the video feature a try. Are you planning on using Instagram or Vine as part of your Social Media Marketing? Let me know if you’d like any help.