On at visit to Newbury Racecourse on Saturday it was interesting to see tweets being displayed on the large screens around the enclosures. After each batch of tweets and underneath each tweet on the screen, racegoers were encouraged to tweet @newburyraces. 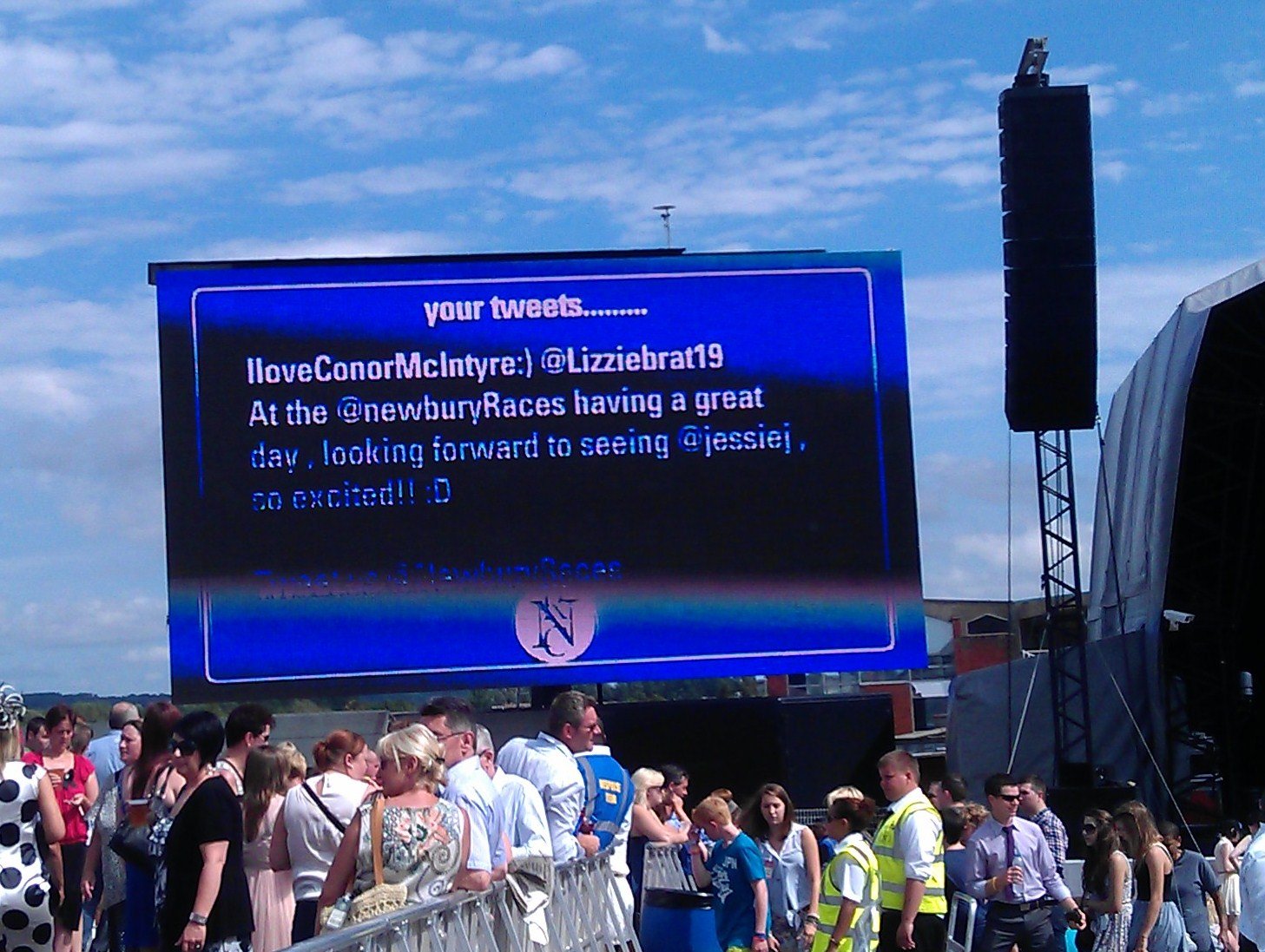 This is a great way of allowing some interaction amongst racegoers and between racegoers and the racecourse. Perhaps the next step could be answers from the racecourse being broadcast in response to tweeted questions? That would be more interactive and enable real conversations to take place and useful information to be shared.

Similar systems could be used at all sorts of venues like pubs, cafes, restaurants, hotels, concert venues, art galleries and coffee shops. In fact, I’m working on such an idea with MRG Systems. More news later this year.