You can watch my take on latest news on THE #SocialToday SHOW below and every Monday at 8.45am BST on Facebook Live. Feel free to ask me questions by posting in the Comments during or after the broadcast or under this blog post, or by tweeting me @intranetfuture.

You might also be interested in signing up to my Social Media Roundup newsletter which goes out every Sunday evening with social media news, tips, tools and a useful person to know.

Facebook – If you’re setup to automatically sync photos from your phone to Facebook, note that these photos will be DELETED on 7 July. Syncing was a feature introduced in 2012 and was a great way to back up all the photos you took on your phone and to make them accessible via Facebook. Note that the deletion only applies to photos that are synced and not those you upload. Best to check look for a folder named Synced (in the app) or Synced from Phone (on the desktop at facebook.com). This is part of a push by Facebook to move users to its Moments app.

Facebook have improved their Local Awareness Ads, which are great for local businesses, by adding a Shop Locator feature. This shows users a map which highlights the location of the advertiser, together with other relevant information in one place. Business can also now track those who’ve seen their Ads on Facebook and then visited their shop or venue. This is done using location services on a mobile phone or with a Facebook API that integrates with the epos (electronic point of sale) system.

The Messenger App on Android can now incorporate SMS text messages. I was prompted to switch my default text messaging app to Messenger during the week and it works pretty well. The main benefit is simplicity; messages in one place and one less app needed. You can choose to view all your messages together or Facebook messages and texts separately. There’s support for gifs, stickers and chat heads. There’s no word on when SMS on Messenger is coming to iOS. 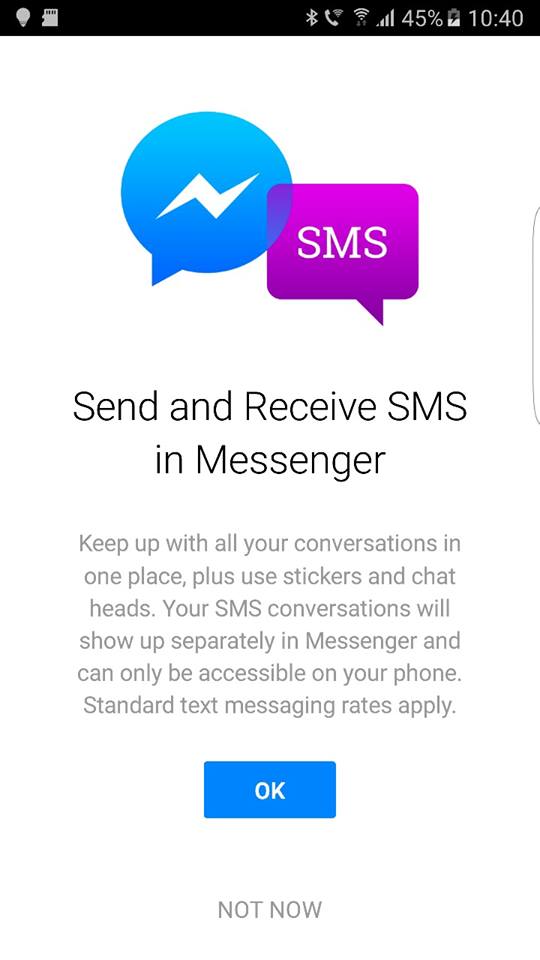 Twitter – As previously flagged up on this blog, Twitter has been testing a Live button allowing live video broadcasts on Periscope to be started from Twitter. Twitter has now announced that the button is now live on iOS and Android apps although it’s not live for me! Do you have the Live button? Let me know in the Comments below.

Ready to go live? Now everyone can tap a new button on iOS & Android to easily broadcast on #Periscope from Twitter! pic.twitter.com/tedpUN1QMA

Twitter users can now retweet their own tweets with or without a comment (quoted tweet). This could prove handy for repeating a previously popular tweet easily and quickly but it could cause an increase in spammy tweets. At least, each tweet is limited to one retweet from its creator.

LinkedIn – There’s much debate about what direction Microsoft should take LinkedIn following last week’s purchase for $26.2 billion and what this means for users but as I describe in my open letter to Microsoft there are a few things that should be fixed first.

Periscope – All broadcasts are now automatically saved forever, although you can opt to have them auto-deleted after 24 hours.

Pinterest – Pinterest Ads have only been live in the UK for less than two months but they’ve now added three new targeting options; customer list retargeting (eg email lists), website visitor retargeting (people who’ve visited your website), and lookalike targeting. This is in addition to targeting Promoted Pins based on Pinners’ interests, search keywords, device and location. For those advertising on Pinterest, this should help provide even better results. Recommended for those selling products or a visual nature, eg jewellery and fashion.

Number of the week: 1. Facebook Messenger is no 1 in the Android app charts and has around 900 million users.