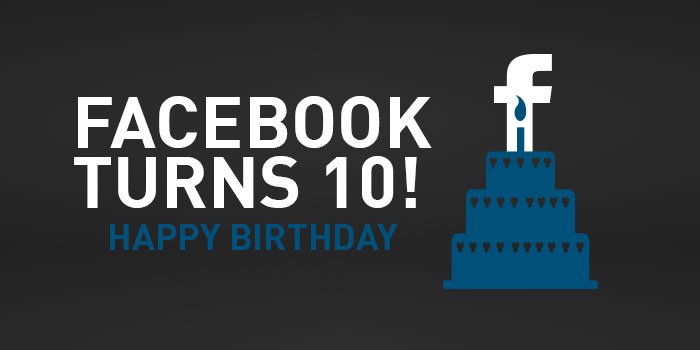 Love it or hate it, it’s been around for 10 years now. Happy Birthday Facebook! To mark the occasion here’s a milestone for each of the world’s largest social network’s first 10 years.

2012 – Facebook is floated on the NASDAQ with shares traded publicly

2014 – On 3 February, Paper is launched (update – Paper is no longer active but here are some alternatives – Paper Alternatives)

Have Facebook helped you in your business? Let me know in the Comments below.