Citroën will become the first UK car manufacturer to produce a crowdsourced production vehicle with 24,000 designs submitted via its Facebook Page.

The company’s Facebook fans have designed a special edition of the company’s C1 city car, called the C1 Connexion. The winning design is a sleek 3 door car in black with highlights in red on the wing mirrors and door handles. It is also kitted out with alloy wheels and additional red interior detailing. 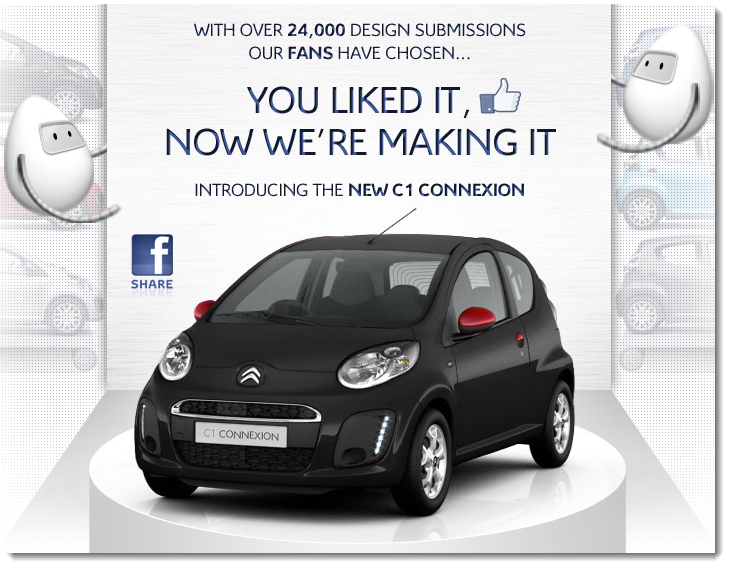 A special Facebook app created a virtual factory floor which enabled fans to provide input on six elements of the design – the number of doors; the exterior and interior colours; equipment such as Bluetooth or SatNav; and the choice of wheels.

Each car submitted counted as a vote with most popular combinations of colours and features incorporated into the final design.

One lucky Facebook fan won the new special edition Connexion. It is currently in production and will go on sale later this year.