You can also watch the recording of THE #SocialToday SHOW below where I give you my take on the latest news. If you watch the replay on a mobile device please click Follow (on Android) or Live Subscribe (on iOS) to receive notification when my live broadcasts start. Feel free to ask me questions by posting in the Comments or tweeting me @intranetfuture.

Facebook – Facebook have improved the functionality of Messenger once again by adding group calls. If you are having a group text conversation you can move this to an audio conversation. At the moment, there’s no group video chat but no doubt this will come sooner rather than later. In the meantime, Skype and Google Hangouts are probably the best option.

Facebook has rolled out Instant Articles for all publishers and bloggers. Facebook say, “Publishers of any type, anywhere in the world can deliver an incredibly fast and immersive reading experience for people on Facebook.” This is a hugely significant developments as it’s tempting brands and web site owners to publish on Facebook as well as or even instead of their own websites. You can find out more and sign up for Instant Articles here: https://instantarticles.fb.com. I’ve just signed up so well let you know how I get on in future THE #SocialToday SHOWS. 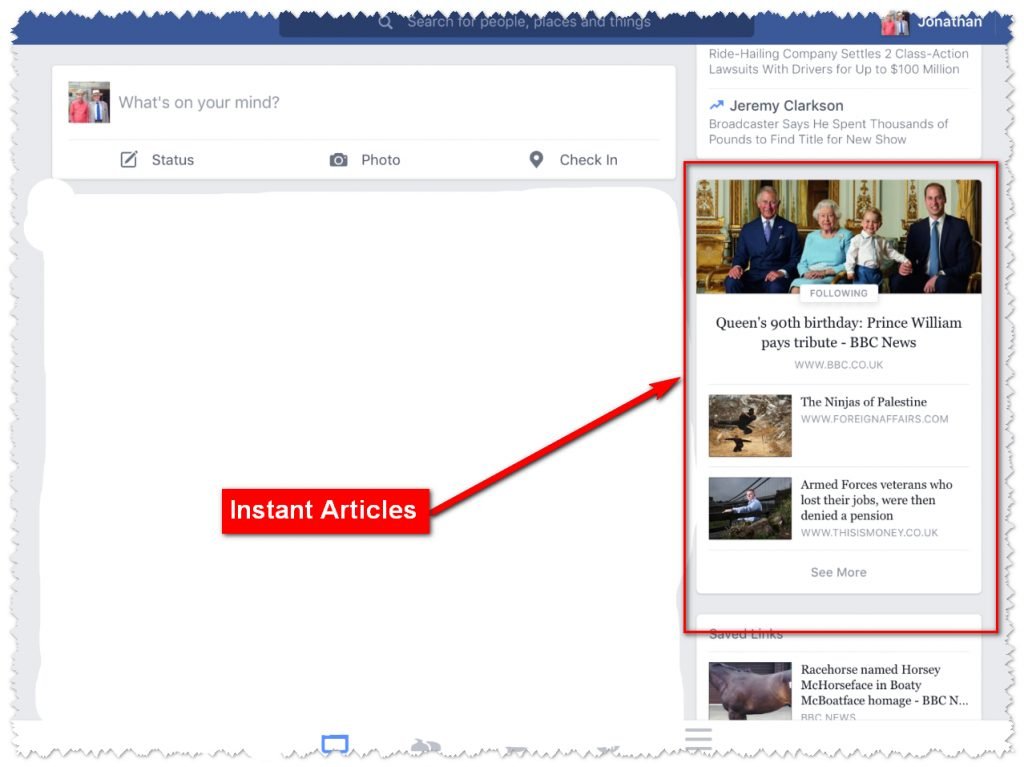 [RUMOUR] – How would you like to get paid for posting your regular content on Facebook? It’s rumoured this could soon be a reality, although perhaps just for verified users eg celebrities and high profile personalities. A questionnaire was sent to verified users asking if they would be interested in a number of opportunites to earn money from their personal presence including “Branded content (earn money when posting with brand you have a sponsorship arrangement with)”.

Twitter – I spotted this week that a new Tweet Activity graph and stats showing tweets plus number of impressions over the past 24 hours plus a link to top tweets – which takes you into Twitter Analytics – has started being displayed on my Twitter Timeline. I’ve not seen reference to this elsewhere so it looks like Twitter are testing a new feature. Have you spotted this in your Timeline?

LinkedIn – LinkedIn has launched a new app tailored specifically for soon-to-be college graduates, which will help them discover jobs. It’s available on both Android and iOS.

Pinterest – Pinterest has developed a new iOS app with a modern look and fast loading pins although it doesn’t appear to be available in the UK yet. The Android app will also undergo a revamp soon.

Katch – Katch which was a useful service that automatically hosted Periscope broadcasts has shut down, due to funding issues. My THE #SocialToday SHOWS that were stored on Katch are now available on YouTube and contain lots of social media marketing tips and examples.